For nearly 2000 years of ‘doing church’ we have picked up the ‘righteousness’ baton from Paul to run with it.  Great stuff.  But what about the ‘kingdom’ baton that Jesus was running with.  Who picked that one up?  It is there for the taking… who wants it?  Seek first his KINGDOM & his righteousness.

Imagine looking at a large tree that looks nice & green & bushy & healthy.  Then you walk around the other side, & notice that the other half of the tree is missing.  It is so dead that the branches are long gone… rotted & broken off.

Jesus message is the same as it was to peter in the book of Acts… do not call unclean what I have called clean.  Jesus has already, through his extreme sacrifice, declared the nations righteous… DO NOT CALL SOMETHING UNCLEAN IF GOD HAS MADE IT CLEAN!  (Acts 10:15)

God has invested huge resource in us… for a reason!  He is passionate about kingdom, so he has given us kingdom resources.  There is nobody on planet earth right now that is more passionate about doing kingdom than the Holy Spirit is.  He is obsessed with kingdom.  Why?… because Jesus was obsessed, & Jesus said he was sending another counsellor just like him.  Another kingdom-obsessed teacher.

Do you ever wonder why you feel so powerless, even though you have been saved for years?  Because the Holy Spirit is waiting for you to get in line with what he wants… & he wants to reveal the kingdom.  Jesus has already grabbed the top spot… the hard work is done.  It is up to us to plunder the rest of Satan’s household.

Church is just a bunch of servants, being equipped by the servants of the servants, so we can serve.  Serve whom?… serve the master Jesus in his plan to BLESS THE NATIONS, just like he did. 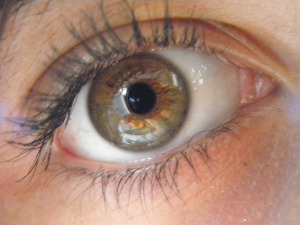 About kiwi in perth

god is good. :) really really good. my name is al; god called me to leadership & this is my journey.
View all posts by kiwi in perth →
This entry was posted in Random and tagged Church, Jesus, Kingdom. Bookmark the permalink.

feel free to comment… even if you disagree! Cancel reply