john lennon (singer)… i believe there was a gift on his life.   he was a person of influence.

saul of tarsus (pharisee)… a person of influence.

why mention these people?

darkness is a lack of perception.  the darkness cannot comprehend it… cannot seize it.

but… people in darkness are still influenced by the light.  they can’t see it or grasp it, but they are still under the influence of the light without knowing it.

i believe in every generation people are being raised up who have a gift on their life to influence nations.

have you ever noticed in the parable of the sower… that in each part of the story, the sower is the same, the seed is the same, but the soil is different.

saints… i believe we live in a time when the soil is more prepared than ever before in history.  same sower, same kingdom seed, but the soil is ready!

but here’s the thing… years of religion have warped our senses.

we see a drug taking singer (john lennon) & we see a sinner, a bad influence.  we don’t see the grace already on his life.  we turn away instead of embracing.  we condemn.

we see a militant revolutionary (che guavera) & see an evil person.  we are blind to the grace of god… to the light that shines in the darkness.

the sower is still sowing. the soil is ready.  god continues to raise up apostles from the most unlikely soil. 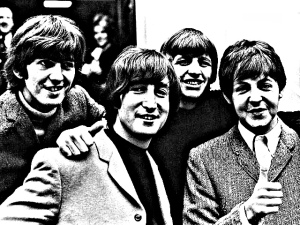 About kiwi in perth

god is good. :) really really good. my name is al; god called me to leadership & this is my journey.
View all posts by kiwi in perth →
This entry was posted in Random and tagged Apostles, Faith, Favour. Bookmark the permalink.

feel free to comment… even if you disagree! Cancel reply